There’s no doubt that this summer has been rough in the Rogue Valley (and the rest of southern Oregon).  The heavy smoke has been worse this year than most of us can remember.  The good news is that with the recent rains, the issue has been resolved for the time being.  Hopefully next summer won’t be as bad, but it does appear that this is the new norm for us.

We managed to make several trips to the coast to escape the smoke.  It’s about a 3-hour drive to either Brookings / Coos Bay / Florence depending on the route you take.  Finding a place to camp though was always an issue as so many others were also doing the same thing.  The good news in all of this was it forced us to try new areas such as Rock Creek described in the previous post.  These trips gave us better knowledge and insight to the wonders of Oregon’s beautiful coastline, some of which I hope to document in upcoming posts.

Now that the smoke has cleared in the Rogue Valley, things are returning to normal… and so is the photography.  We’re starting to get our spectacular sunrises / sunsets again that occur during the spring / fall / winter seasons.  The summer months are relatively cloudless (minus the smoke), so there’s not much to give additional details in the sky.  The rest of the seasons though can be spectacular.  The Rogue Valley in itself can be an amazing canvas to complement to colors in the sky… and it’s a great opportunity for all of us to enjoy such beautiful scenery. 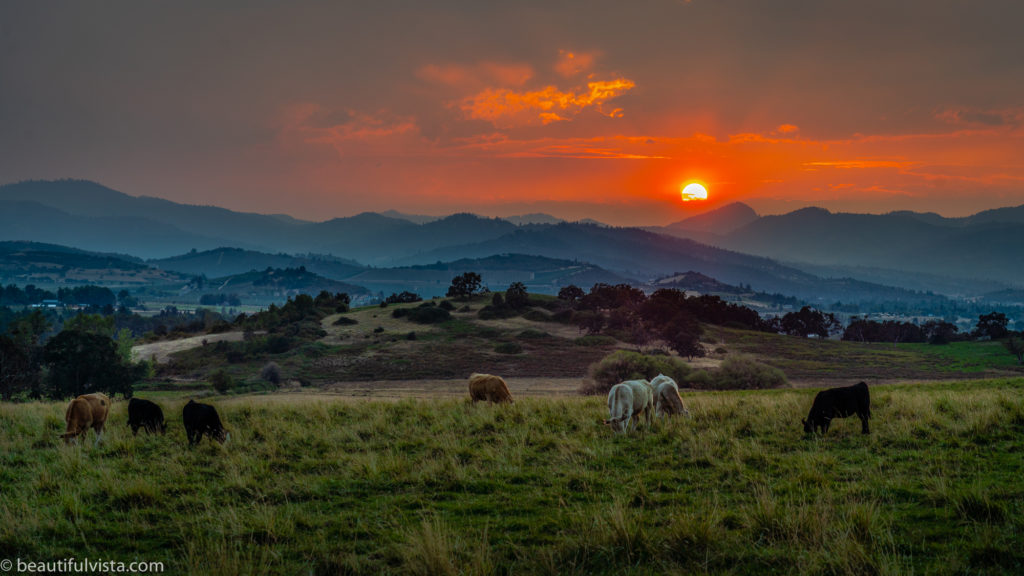