I actually use two cameras (three if you count the drone).  One is an older camera, a Panasonic FZ1000, which is actually a great “bridge” camera (they call it bridge as it straddles between an entry level consumer camera and a pro-camera).  It doesn’t get used a lot, and the other day I realized I had shot some photos with it over the last few months, but had not downloaded them.  That was a mistake… there were some nice photos in there that are worth sharing on this web site, which I’ll do over the next few days.  Here’s the first one… a shot taken looking at a neighbor’s ranch near sunset from our home.  As you can see, the trees are starting to bloom now. 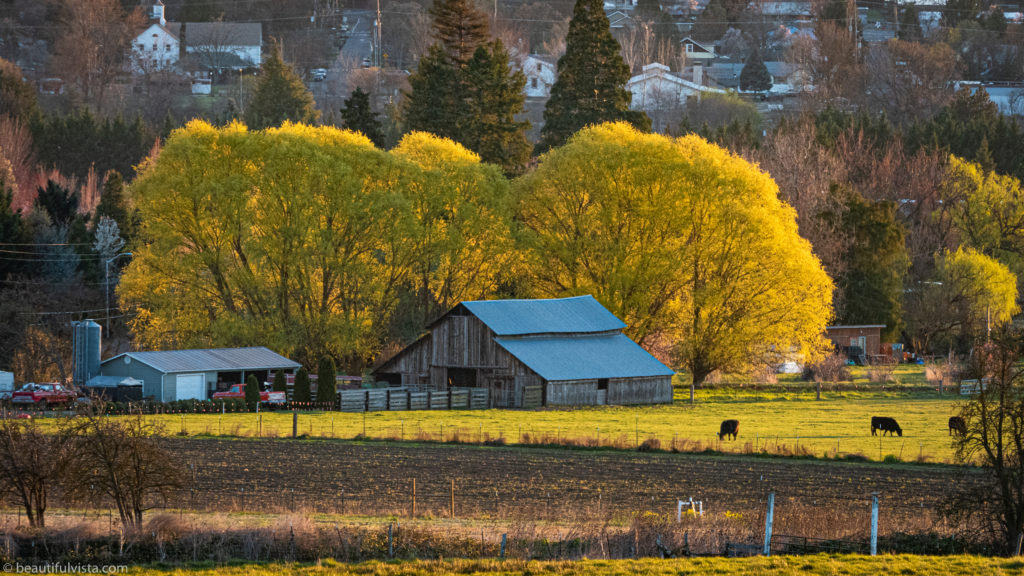 We are expecting the Pear Orchards nearby to start blooming in the next week or two (and that’s really a beautiful sight!).  Hopefully if we’re not in a total lockdown by then, I can share some with you too.