Its been two weeks since we’ve had this major Winter storm… probably the most unusual in 40 years.  After all this time the snow has largely melted, but still lingers in shady areas – also very unusual for this region (typically the snow melts within a day or two).  It’s been a cold month so far… I guess its making up for the unusually warm October we had.

The photo below was taken two days after the snowstorm.  I was able to break out my cross-country equipment and ski around the property with ease.  The plants you see in the foreground are Zinfandel grape vines.  Hopefully they’ll survive the cold weather. 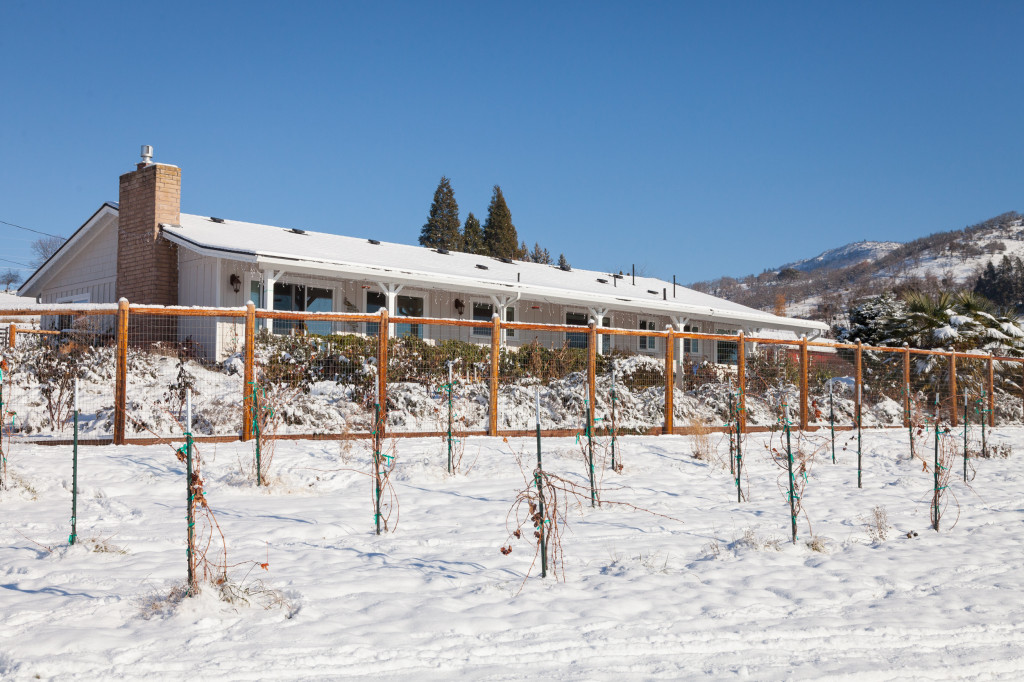